At their meeting on March 2, the Cramerton Board of Commissioners voted to re-amend the Town’s ordinances that regulate the operation of both golf carts and utility vehicles (UTVs) on town streets.

The initial golf cart ordinance, passed by the Board in 2007 as well as the UTV ordinance, passed by the Board in 2011, was first amended at the Board’s February 7, 2017 meeting.  Those amendments would have placed inspection and registration of the carts and UTVs on the North Carolina Department of Motor Vehicles.  This format is similar to the current requirements for an automobile and would have required enhancements to cart and UTV equipment.  After considering public response to the new amendments, the Board voted at their February 16 meeting to withdraw and reconsider the amended ordinances.

Of the final amendments, Chief Greg Ratchford stated that “the Board passed amendments to the golf cart and UTV ordinances that I feel will address some of the concerns the police department had with safety while simultaneously maintaining the availability and use of these types of transportation for our citizens.”

The ordinance amendments, which take effect immediately, primarily address the inspection of the carts and UTVs and are as follows:

1. Owners must now be present for inspections and prove the cart/UTV’s operational ability by driving, turning, and braking in front of the officer conducting the inspection.

2. An emphasis was placed on ensuring that carts and UTVs operated after dusk were equipped with headlamps and taillights.

The amended ordinances can be found on both the Cramerton Police (www.cramertonpd.org) and Town of Cramerton (www.cramerton.org) websites.  Chief Ratchford encouraged that anyone needing clarification of the final ordinances could contact the police department’s code enforcement officer at 704-824-7964.

The Cramerton Police Department’s Traffic Services Program was established to promote safe, orderly, and expeditious traffic and deliver services designed to reduce the number of collisions. Our officers enforce traffic laws in a consistent and courteous manner while providing all necessary traffic related services.

Officers concentrate RADAR enforcement efforts in various locations throughout the town each month. Check back for updates to locations.

Requests for increased speed enforcement and complaints of excessive speed can be sent to us. Click Here

The North Carolina Administrative Office of the Courts sponsors a website to search for your upcoming court appearance. Click Here 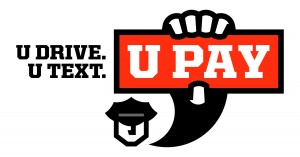